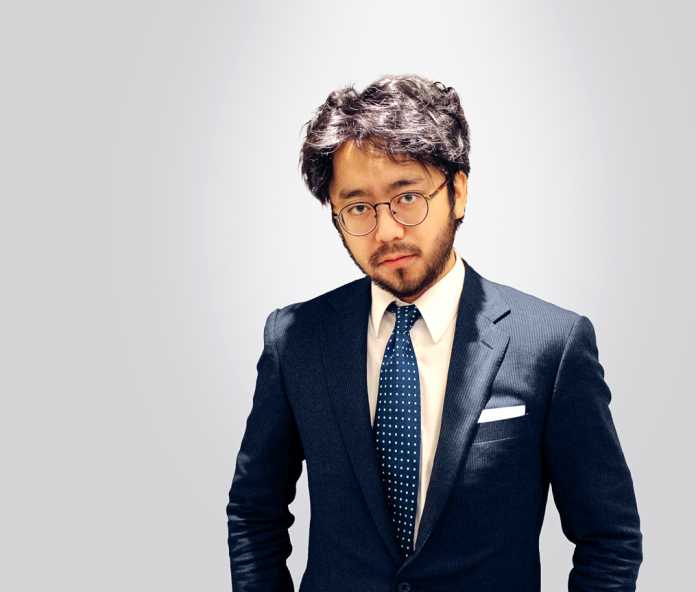 Shaoyu Yuan is the author of “Panda Not Dragon: Why the Rise of China is not a Threat”, a new book available at https://www.amazon.com/dp/B07VKB1FTN, and is also a PhD student.

The new book argues that the potential threat to the West from China’s rise to prominence is overstated, and that rather than fear the established order should welcome the increased economic opportunities.

Shaoyu, where are you studying your PhD and what field is it in?

I am studying my PhD at Rutgers University, in International Relations. I received my MS from Northeastern University and my BA from Centre College. Global politics is getting more and more important nowadays since globalization has brought countries closer than ever, and we need international relations in order to progress human civilization through diplomacy and policy development.

What makes you believe that the rise of China has been and will continue to be peaceful?

Let’s start with the most obvious reason. For decades, even after China’s economy took off, we are not seeing any conflicts started by China, and the last time China was involved in an actual armed conflict was forty years ago. China has been sticking strictly to its policy of ‘Non-interference in domestic affairs’ and following its ‘Five Principles of Peaceful Coexistence’. From a military perspective, for example, China has reduced the size of its troops for eleven times, and the People’s Liberation Army (PLA) is just about to finish its goal of disarming 300 thousand troops announced by President Xi Xinping in 2015. China is also the only nation that declared its policy of No First Use of nuclear weapons among the big Five Nuclear Weapon States. However, many of China’s action to demonstrate its resolve to develop peacefully are often ignored by the West, and one of the reasons of that is the remnants of Sinophobia which causes much of the misinterpretation of China. Sinophobia and the psychology behind it are thoroughly discussed in my book.

Does your contention have much support in academic circles?

The majority of the circle would not support my assertion. They would argue that China’s military is growing rapidly, and its defence budget has grown faster than its GDP etc. Well, these are true, however, we must not observe and analyse China only from the outside (Western). It is important to examine the Chinese military from within. The Chinese military is much weaker than the West thinks, and there are reasons for its seemingly fast-growing military budget. They would also argue that China is setting up ‘honeytraps’ to developing and underdeveloped countries through its One Belt One Road initiatives. For one thing, these projects are indeed helping these countries, and we have not yet witness anything dangerous and threatening resulted from these so called ‘debt traps. Unlike the Word Bank and IMF, organizations like AIIB and projects like OBOR led by China are not putting restraints and enforcing structural adjustments to the countries that need help. Even if China’s motives are not pure and the country eventually does take actions that contradict to its non-interference policies, with China’s ‘domestic situation’, the country cannot afford to do anything risky.

In your opinion what has caused the US-China rivalry?

The entire US-China rivalry is a ‘unrequited’ Thucydides’ Trap. By ‘unrequited’, I meant that China, as the rising power, does not really see the US as an opponent, nor does the country sees it self as the rising power.  China is indeed rising; however, it cannot yet be constituted as a superpower that has the capacity to rival with the US. The West underwent two World Wars and the Cold War, fought off Imperialism, Fascism, and Communism; ever since the end of the Cold War, the US, and the West are situated in a state of ‘enemy-lessness.’ It is this state of ‘enemy-lessness’ that causes many Westerners to be unable to examine the rise of China objectively, overlooking many of the most important facts of China. Fear to the danger is often greater than the danger itself.

How do you believe that China’s rise to prominence will benefit the rest of the world?

Here is an obvious example of the benefit brought by the rise of China to the rest of the world, poverty elimination. At the beginning of the 1990s, around half of the population in the global south lived on less than 1.25 USD per day. Approximately twenty years later, just about 700 million people had been lifted out of poverty, and China is the largest contributor to poverty reduction. Famine and poverty are no longer a part of China’s ‘export’ to the world. Instead, China is now ‘exporting’ the experience and knowledge of eliminating poverty to the globe. As the largest economy in the South-South Cooperation, China has been exploring various ways to share its expertise and successful experience in lifting people out of poverty with its fellow developing countries.

What makes you say that China does not have the capacity to become a threat even if it wants to?

In order to be a threat, the country must have a strong economy and stable society. However, China has neither of those. GDP and GDP growth should not be the only index to evaluate a country’s economy. What’s waiting ahead of China is going to be years of fixing its current issues and spending much on maintaining its social stability, if fortunately, the country does not collapse itself. A whole chapter of my book is dedicated to survey the problems and instabilities of China’s economy and society, and I still feel I could not cover enough of them. But here are some of the top issues that are dragging China, the indicatable corruption caused by its single party system, the incoming housing market bubble collapse, and the weakening and aging population of China.

I will keep it short. Militarily, the PLA’s equipment are obsolete. Soldiers are terribly trained and lack of combat experience. Corruption is rooted to the core of the military that the former Vice-Chairman of the Central Military Commission sold officer positions for money. Most importantly, China has no allies. My main points are simple. The Chinese military is not capable of starting a conflict, nor does the Chinese government wishes to start a conflict.

Thank you Shaoyu for your time!

Shauyu Yuan’s book is available for purchase at https://www.amazon.com/dp/B07VKB1FTN, and explains much about Chinese society and internal politics that most Westerners find difficult to understand. Shaoyu boldly challenges prevailing political, economic and military concepts that have largely gone unexamined in academic and political circles. His book is a must read for anyone who is interested in Asian geo-politics or the economic challenges and opportunities presented by China’s emergence on a global scale. It has the potential to revolutionise how Western governments and businesses deal with Chinese growth.

How can the United States adapt to a rising China?

260
Shaoyu Yuan: “We are still living under fascism”